For those who missed it, Hendrickson Publishers has released a facsimile edition of Codex Sinaiticus.  Being to scale, it is of course huge, as is the price.

Check it out here for you or your library--it can be yours for only $799.
Posted by Jared Calaway at 3:38 PM No comments:

New Illustrated Conference of the Birds

Check it out here.
Posted by Jared Calaway at 9:44 PM No comments:

Email ThisBlogThis!Share to TwitterShare to FacebookShare to Pinterest
Labels: Attar, Conference of the Birds, Mysticism, Sufis

I had a student in one class make a suggestion through a momentary flash of inspiration that the monks--at least many of the earliest eremetical hagiographies--acted much like a shaman.  I would like to sit, think, and see if we can develop this idea a bit and see where it leads us.

Firstly, while Shamanism proper belongs only to Siberia and the northern Caucuses, it is a phenomenon that shows some interesting cross-cultural comparisons with other phenomena of holy men and women, medicine men and women, etc., so long as historical context is properly taken into account.

2.  This mediation between the human community and the spirit realm occurs for multiple reasons, but the primary function is for healing.  Usually this healing occurs through either finding what malevolent spirit is affecting the human, or by finding the human's spirit (or soul, or some other aspect of self) that has become lost in the spirit realm and bring it back.

3.  This is often done through having visions in ecstatic states.

When looking at something like the Life of Antony by Athanasius, there are some interesting similarities.  Antony, when he is out in the desert, he is constantly interacting with the spirit realm--he is usually battling malevolent spirits (demons) as a spiritual warrior.  There is death imagery all over the place.  This is due to the fact that the monk is taking on many of the characteristics and imagery of the martyr, including athlete, warrior, and, with it, the death imagery.  Athanasius has Antony say, "I die daily."  He undergoes, through discipline, a symbolic death.  It is an enduring, repeating, ongoing death.  It is a disciplined death that gives him spiritual power to defeat demons and live an angelic life.  When people come out to see Antony, they want to hear teaching and discourses, but they also seek to be healed by him.  It is less clear that he is going into ecstatic states, but being out in a cave alone in the desert for a long time, he's probably seeing something!

Was Antony a shaman?  No.  I largely reserve that term for its own historical setting.  Antony, while fighting and engaging with spiritual forces, does not seem to be going on spirit journeys to search for lost souls, etc., like a shaman does, though there are some hagiographies of monks he seem to have the ability to what we might call "astral project" or "appear" to others.  His death imagery belongs to a particular historical moment of the ending of official persecution of Christians in which martyrdom becomes less of a possibility and the Christian faithful are searching for new heroes--the desert monk.  Nonetheless, we can see that the shaman and monk as types of holy people have similar social functions that make them compelling to compare.  They are interstitial figures, who live on the fringes of society, but also at the intersections between the human and the spirit realms.  They are fringe mediators of the holy, and, typically, not central mediators such as priests (though both the shaman and the monk can be a priest, they do not need to be).
Posted by Jared Calaway at 5:59 PM No comments: 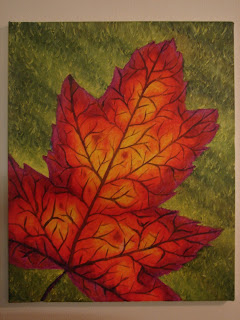 Did Christianity Make a Difference?

Christianity has now been with us for two millennia; it clearly has staying power--although as Philip Jenkins book on "The Lost History of Christianity" in the Middle East, Africa, and Asia reminds, religions can die.  But a question I would like to raise is what difference did it make?  This is not a theological question, nor a soteriological one.  It is a historical and social one.  The difference here is not so much concerned with how people have conceived of God or salvation, but how these conceptions have affected daily life and the rhythms of ancient society.

Did conversion to Christianity affect these things?  Did it affect how a villager or urbanite went about their day, how they engaged with the sacred, or even their religious practices (new or just old rites redirected to new deities)?

This of course is a big question, bigger than perhaps most of us could capably answer in all its facets, and it is likely impossible to answer in all its facets because the type of evidence needed is in short supply.  Nonetheless, it comes from a few sources of research I’ve done or currently underway and may impact the course of research I choose to take to finally reach the ability to answer such a question.

On the one hand stands Braudel’s famous account of the “longue durée” of Mediterranean society, which presents the daily rhythms of life as having remained largely unchanged for centuries and, in fact, that historians need to pay just attention to the persistence of customs and lifestyles and perspectives, which are largely invisible to us since people tend to comment on change rather than continuity.  If one were to consider Braudel, it seems that the shifting religions of the old polytheistic ones of different localities to Christianity to Islam (at least for the Southern and Eastern basins of the Mediterranean) would not have a significant affect on your average person’s daily life—not nearly so much as terrain, weather patterns, and, with these, food resources would.  One might also throw in, of course, the ways others have critiqued or built upon Braudel, for example in the massive volume edited by Horden and Purcell, The Corrupting Sea.

On the other hand I would like to posit perhaps the most famous account of the social impact Christianity made in the late antique Roman Empire:  Edward Gibbon's Decline and Fall of the Roman Empire.  As the pioneer of modern historiography, his account is both influential and outdated.  Nonetheless, it serves a point.  Here,  Christianity is more of a disease that led to imperial decline.  It is an argument for change with Christianity as an agent, but negative change.  Very few would today accept Gibbon’s argument.  Christianity may have had both positive and negative impacts on different levels and aspects of society, but generally the decline of the western portion of the empire (politically and socially) in late antiquity has multiple complex factors.  Nonetheless, even if rejecting this particular Gibbonite narrative, this should keep us open to ways religious views potentially have social impacts, whether positively or negatively or neutrally.

Whatever one makes of their particular historical claims, both accounts should sharpen our perspective so that we should be ready explain the ways Christianity’s spread both did and did not alter people’s lives in antiquity.  Consider, perhaps, its adaptability to shifting local customs as it spread throughout the Near East and Mediterranean and eventually into Europe.  This adaptability could explain, in fact, ways in which older customs persisted in the new religion and, therefore, ways things ultimately remained unchanged, even as theology shifted.  Yet I suspect the evidence should be more complex.

So, where to look in how Christianity may affect daily life?  Unfortunately, as is well known, written sources are tilted toward the elite and this may not give much information on daily life with regard to a Christian life versus a pre-Christian life.  Nonetheless, one thing that does affect daily life and rhythms is spatial organization.  One place to start would be how Christianity altered the sacred spaces in the landscape of cities and towns throughout the ancient world.  Were the same places reused, were they destroyed, new places established?  How could one access these places in one’s daily wanderings through the city, town, or village?  Were pilgrimages and festivals major affairs of travel; or could they be celebrated within proximity to one’s home?  Or did it differ based upon class?  Mapping out the shifting or persistent places of sacrality within a particular locality would go a long way—and be within the realm of my current research interests.  There is also a general belief that as one shifts away from antiquity and transitions (ever so slowly) into the early middle ages, there is a general population shift away from urban areas to rural localities.  How was religious change affected by this or generally related?  If at all?

A second place to look at is how Christian upheld, overturned, or affected gender, gender roles, and the lives of people based upon concepts of marriage, celibacy, and the religious life.  This, in fact, is likely the best researched area in terms of what social effect Christianity may have made.  There are some very interesting works on how Christians overturned or rejected basic elements of honor and shame; how women refused the socio-sexual role imposed upon them through an alternative life of celibacy; etc.  There is, however, alternative ways in which Christianity upheld previous forms of the family, patriarchy, etc.

If you were to ask this question—how did Christianity affect daily life, if at all, in antiquity—where would you look?
Posted by Jared Calaway at 6:08 PM 1 comment: