Coming from the St. Louis area, I always knew that the movie the Exorcist was based upon events that occurred in St. Louis.  Recently, a group of Jesuit scholars at St. Louis University gave a public presentation discussing those events to a packed house.  You can read about it here.
Posted by Jared Calaway at 9:47 AM No comments:

Christopher Skinner has a review of Anthony LeDonne's newest book, The Wife of Jesus, on his blog Peje Iesous.  Check it out here.
Posted by Jared Calaway at 1:25 PM No comments:

Dorothy King on "Vampires" in Archaeology

Dorothy King of PhDiva has written an extensive post on the European burials of "vampires" and/or "zombies" (the differentiation of which she repeatedly notes is a more modern invention) for this holiday season.  Check it out here.
Posted by Jared Calaway at 10:30 AM No comments: 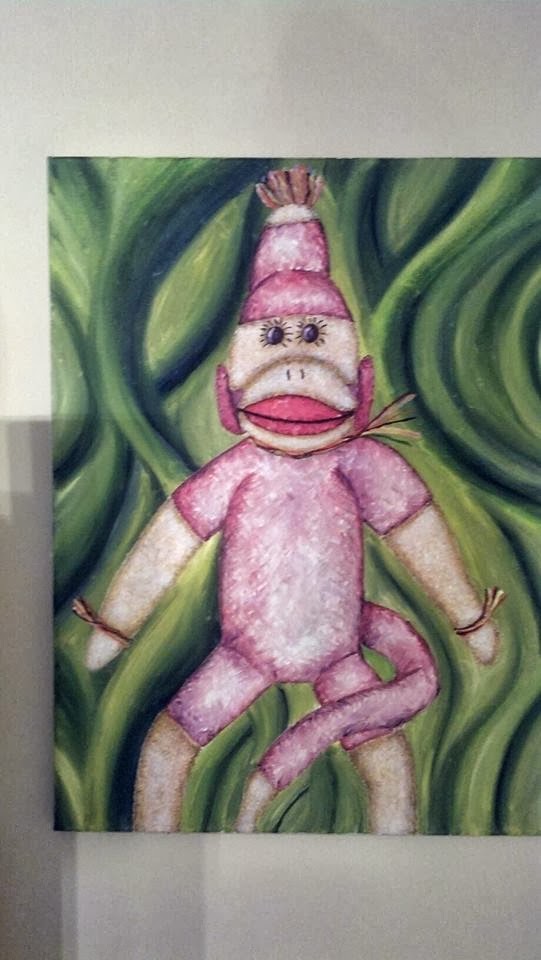 Posted by Jared Calaway at 7:42 PM No comments:

"Embodying the Ancestors" and Late Antiquity

Jim Davila posts about an upcoming paper by Seth Sanders from a talk he gave a few years ago.

"I am Adapa, Sage of Eridu" How and Why did Mesopotamian Exorcists Embody their Ancestors?
Rencontre Assyriologique paper, coming to Paris this summer!
The modern “Friday Apostolics” of Zimbabwe actually embody their revealers, speaking as Moses and St. Paul; by contrast, ancient Jews did not directly embody Moses in performance. But did Mesopotamian exorcists become the mythical fish-man who revealed their secrets? The semi-human sage Adapa might be considered the patron saint of Mesopotamian ritual. He also became the mediator of privileged knowledge par excellence—a culture hero for the scribes who managed writing and ritual for Mesopotamian courts. But ritual experts were not satisfied to inherit his knowledge—in certain texts they claim to not just be descended from him but to be him. Beginning with its roots in archaic Sumerian art and ritual, this paper will examine narratives, images, and ritual performances in which Mesopotamian scholars embodied their mythical ancestor. Taking a cue from linguistic anthropology, we will ask on what planes this embodiment was accomplished and what its effects were.

Jim notes that there might be some application of this type of embodiment for the later Pseudepigraphical writings.  Maybe so, but I began to wonder if a closer application occurs in the Greek and Demotic Magical Papyri, where the practitioner does claim to become an ancestor or even divine being through certain ritualized actions and speech.

For example, calling upon the sun, one says, “I am Adam the forefather; my name is Adam.  Perform for me the NN deed, because I conjure you by the god IAO, by the god Abaoth, by the god Adonai, by the god Michael…” (PGM II.145-149).  Perhaps the most interesting example comes from a series of “I am" statements that resemble the Gospel of John or Thunder:  Perfect Mind:  “I am an outflow of blood from the tomb o the great One [between] the palm trees; I am the faith found in men, and am he who declares the holy names, who [is] always alike, who came forth from the abyss.  I am CHRATES who came forth from the eye [of the sun].  I am the god whom no one sees or rashly names….” (PGM XII.227-230).  The passage continues in the same manner, equating the speaker with Krates, Helios, Aphrodites, Kronos, the Mother of the Gods, Osiris, Isis, etc.

At this point, the speaker appears to become the avatar of the God on earth, of the ancestor in the present.  Or, as Sanders questions, on what planes does this occur?  Perhaps one steps out of normal space and time in this ritual event of embodiment.

I, moreover, begin to wonder the significance of such a study of embodiment for the performance The Thunder: Perfect Mind from the Nag Hammadi Codices.  When one recites the litany of "I am" statements, does one, in fact, become those things, or, better put, embody those things through the series of speech-acts?  While Seth Sanders's work focuses on a far earlier period than mine, I do wonder if his insights into Adapa might persist through the millennia unto late antiquity.

Posted by Jared Calaway at 12:57 PM No comments: