What Have the Romans Ever Done for Us? 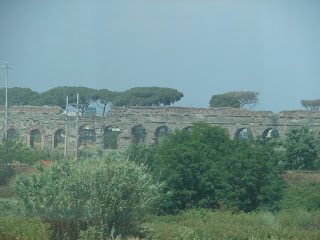 It has been a long time since I have posted, so I thought I would show another picture from Italy. This is an aqueduct just outside of Rome. It reminds me of a scene from Monty Python's Life of Brian in which one of John Cleese's characters, the one who leads the Judaean People's Front (or is it the People's Front of Judaea?), asks, "What have the Romans ever done for us?" And a guy in the back lifts up his hand and says, "The aqueducts."
Posted by Jared Calaway at 10:24 PM