The Ever Evolving Jesus Fish

One of the oldest Christian symbols is the fish, which has been commodified on the backs of cars for many years now.

Some of the earliest ones to come out were simple or included IXTHUS inside, the Greek word for "fish" that is also an acronym for "Jesus Christ, Son of God, Savior" (also in Greek).

Then I was amused that there was a Darwinian response, with "Darwin" inside the emblem that has now evolved into an amphibious form:

Then the "fish wars" were well underway. In response, a "truth" fish eats the "Darwin" amphibian, in what one might call the most ironic of all of fish--since, well, Christian authorities tended to oppress scientific discovery in the late medieval and early modern eras:

Although, it seems, some are responding to this with a call to "make love, not war" in one of the funniest of these car bumper emblems I have seen: 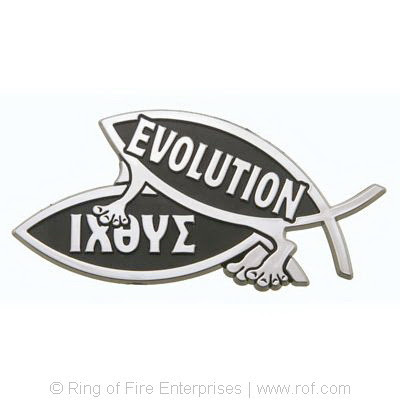 Now these things have exploded. A couple years ago I was amused to see a Jewish version! 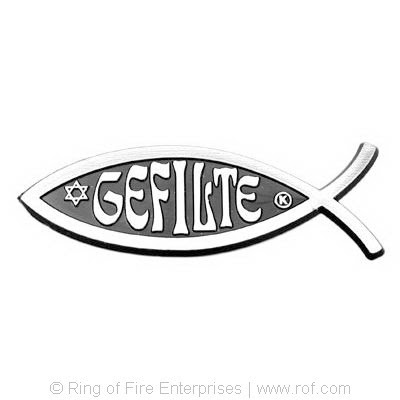 Although I think Gefilte fish is disgusting. I was told that it is a delicacy, but I'm fairly convinced that, as in most "delicacies" that the term refers to the practices used by earlier generations out of necessity to preserve food but are no longer necessary but we do them anyway to maintain a connection to the past (and I bet if our ancestors could see us, they would be wondering why on earth we are eating this way if we don't have to).

Anyway, the symbol has exploded into various forms in a very Darwinian fashion, evolving to new local environments and conditions, whether you are more interested in neo-Paganism or revere the Flying Spaghetti Monster: 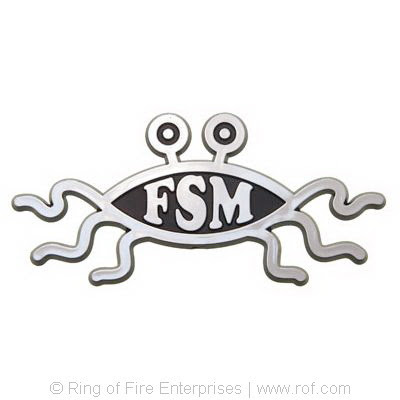 But my favorite one I just saw today while walking my dog: 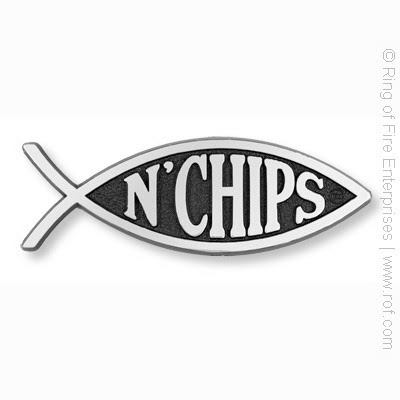 Now that appeals most to my religious sensibilities most and is much better on my stomach than the Gefilte Fish.

You can purchase most of these here, here and here.
Posted by Jared Calaway at 3:05 PM